The latest housing market results showed conditions continuing to moderate in the capital cities, particularly in Sydney. But the Melbourne market remains resilient, and Hobart continues its current winning streak, with dwelling values surge 14.3% higher over the last 12 months.

The effects of macro prudential controls on investment are also clear, with increased first home buyer activity across the major markets.

We’ve included the national property market video below, along with a transcript.

Also, you can get acquainted with local reports for Sydney, Brisbane, Melbourne.

Welcome to Core Logic’s update on the housing market for November 2017.

The easing in growth conditions is being led by a sharp slowdown across the Sydney market, where dwelling values fell for the second month in a row.

Both the combined capitals index and the combined regional markets index returned a flat reading over the month.

However regional dwelling values are down by 0.1 percent over the most recent rolling quarter, while capital city values were 0.4% higher.

The latest figures take the annual growth rate across two combined capital cities down to seven percent – the lowest annual growth rate since December 2016, when the first round of macro prudential changes were still working their way through credit policies and interest rates had earlier been lowered by 50 basis points, which subsequently led to a rebound in value growth in early 2017.

So why is the capital city trend losing steam? From a geographical perspective it’s mostly due to the Sydney market moving through its cyclical peak in July.

Since the Core Logic index peaked in July this year, Sydney values are down by 0.6%. However the reduction comes after dwelling value surged 75 percent higher since the growth cycle kicked off back in early 2012

The Melbourne housing market, where dwelling values were 58% higher over the cycle to date, has been more resilient to falling prices. Although capital gains remain positive across the Melbourne market the pace of growth has clearly lost steam, falling from 4.4 percent on a rolling quarterly basis back in November last year to reach 1.9 percent of the three months ending October 2017.

Other markets, where growth conditions have been far less dramatic over the past five and a half years, are behaving very differently. generally the remaining capital cities don’t have a high peak to fall from.

Conditions across Brisbane and Adelaide are holding reasonably steady, with values still edging higher. Hobart’s been on a strong growth trajectory and remains the best performing capital city for capital gains, however quarterly data also points to a moderate slowing in growth in the city, while conditions across Darwin and to a lesser extent Perth remain subdued.

Importantly the slowdown in housing market conditions is far from uniform, with a great deal of diversity across the regions and the product types. The capital city annual growth trend ranges from 12 point 7 percent in Hobart over the past 12 months to a 5.7 percent fall in Darwin values. 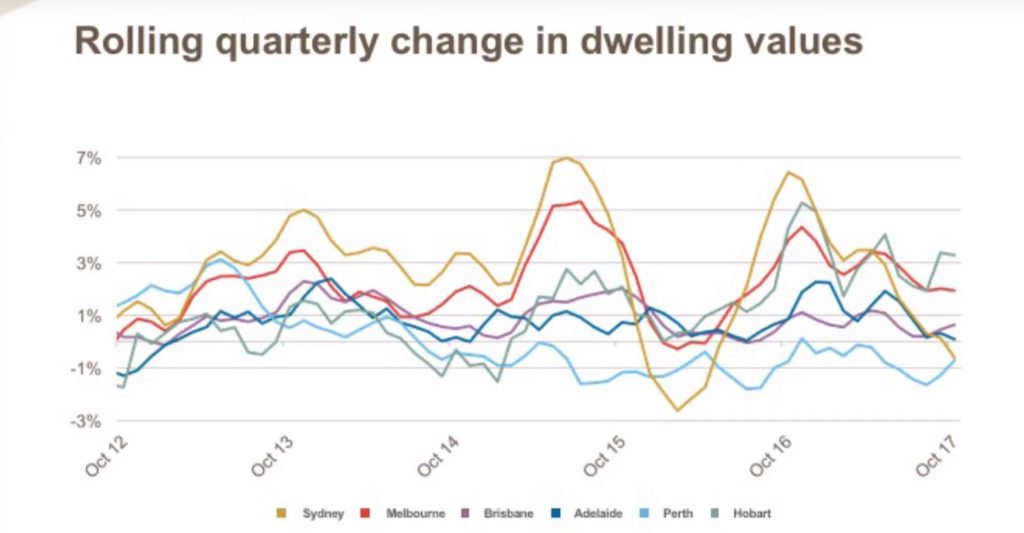 Between the housing types despite a large amount of new unit supply under construction, the past rolling quarter has seen unit values recording a stronger capital gain than houses. Outside of the capital cities, the regional area of New South Wales is showing the strongest growth conditions. Growth has rippled away from Sydney metro area as affordability challenges constrain demand. Buyers are attracted to the lower price points and lifestyle opportunities of the adjacent areas where commuting is still an option.

Dwelling values across regional New South Wales are now outperforming Sydney’s, with values up 9.7% over the past 12 months. The strong regional growth is being led by Newcastle and that Lake Macquarie region where values are up by fourteen point six percent over the past 12 months, and the Southern Highlands and Shoalhaven region, which has recorded a 13 point 6 percent rise in dwelling values over the year.

The combined regional markets of Tasmania recorded the second highest annual rate of capital gain of 5.4 percent, followed by regional Victoria at 4.4 percent. Regional areas linked to the resources sector are continuing to show soft growth conditions. However some of these regions appear to be bottoming out, while in other areas the rate of decline is clearly easing.

Regional lifestyle markets are generally gathering some pace as the sea change and the tree change trend picks up and demand for holiday homes improves, particularly in those areas adjacent to the major capital cities. 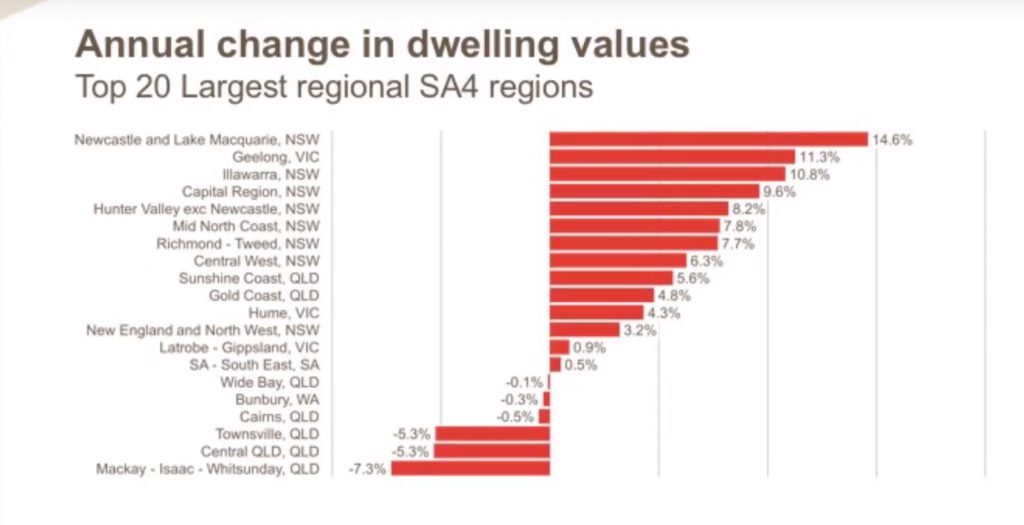 Slow down of housing conditions in the national markets

A variety of factors are causing housing conditions to slow down, however, the primary dampener is likely to be a new round of macro-prudential measures from the prudential regulator APRA.

In response, lenders have tightened the servicing tests and they’ve reduced their appetite for riskier loans, including those on higher loan devaluation ratios or higher loan to income multiples.

Additionally, interest only borrowers and investors are facing premiums on their mortgage rates which are likely to act as a disincentive, especially for investors who are generally facing low rental yields on investment properties.

The peak rate of growth and dwelling values lines up closely with a peak growth rate for investment lending in late 2016.

We saw the housing market respond in a similar fashion through 2015 and the first half of 2016, as investors faced tighter credit conditions following the announcement from APRA that lenders couldn’t surpass a 10 percent speed limit on investment lending.

At that time the pace of capital gains slowed sharply and went negative for a short period of time.

Of course, the housing market rebounded in mid 2016 when the APRA imposed investment credit limits were comprehensively achieved and the cash rate was lowered by 50 basis points.

This time around we aren’t expecting a lower cash rate to re-stimulate the market and it’s likely that credit policies will be closely monitored by the prudential regulator to ensure there isn’t a material rebound and investment activity. 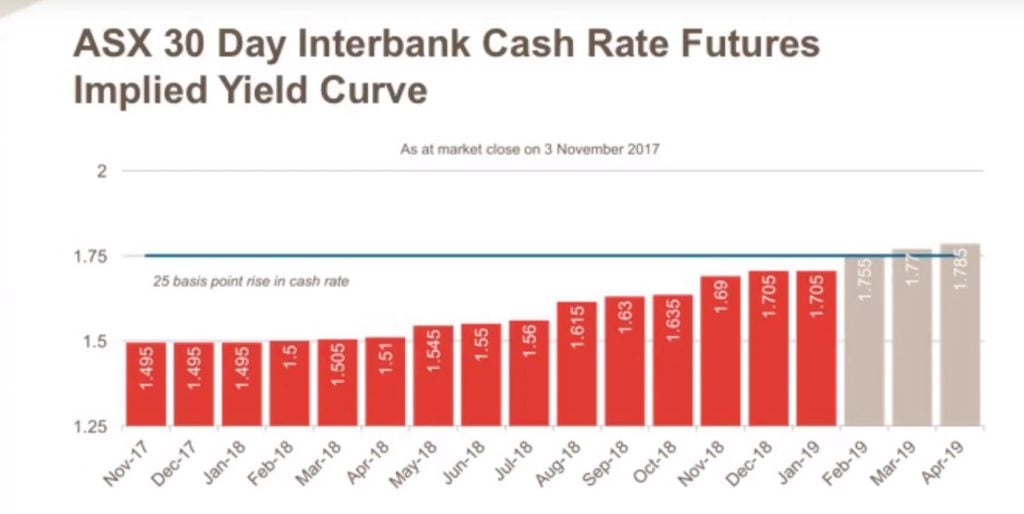 Factors that support a soft landing for the Australian housing market

On the positive side, there are several factors that are likely to support a soft landing for the housing market.

Financial markets have pushed expectations for a cash rate hike out to early 2019.

That implies that mortgage rates aren’t likely to rise materially over the foreseeable future.

Labor markets have strengthened and population growth is underpinning housing demand set against the backdrop of limited detached and semi-attached housing supply.

Overall Australia’s housing market performance remains as diverse as ever.

Historically sustained growth cycles have generally followed by a period of negative growth so a further reduction in dwelling values shouldn’t come as a surprise. 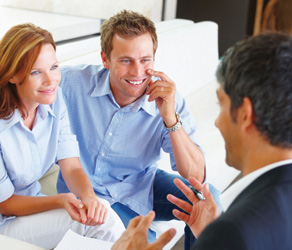 Beware of the new breed of property experts 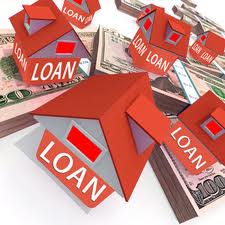 The number of investors taking out property loans jumps 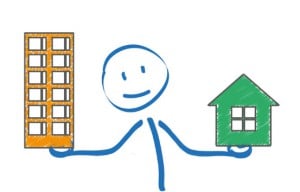