If you travel into the Sydney CBD every day for work, you might not be considering how much money and time you spend on your commute.

According to an Australian survey on commuting, Sydney commuters spend, on average, over an hour commuting to work every day.

Over a year, this would work out to be more than 11 days of your year spent in a car or on public transport. 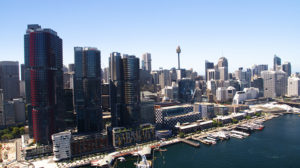 New insights into commuting time and travel costs across Sydney and surrounding areas have found that you could be saving thousands in time and money.

Those that take public transport into the Sydney CBD might find that moving to a neighbouring suburb could make their commute a lot cheaper and more efficient. 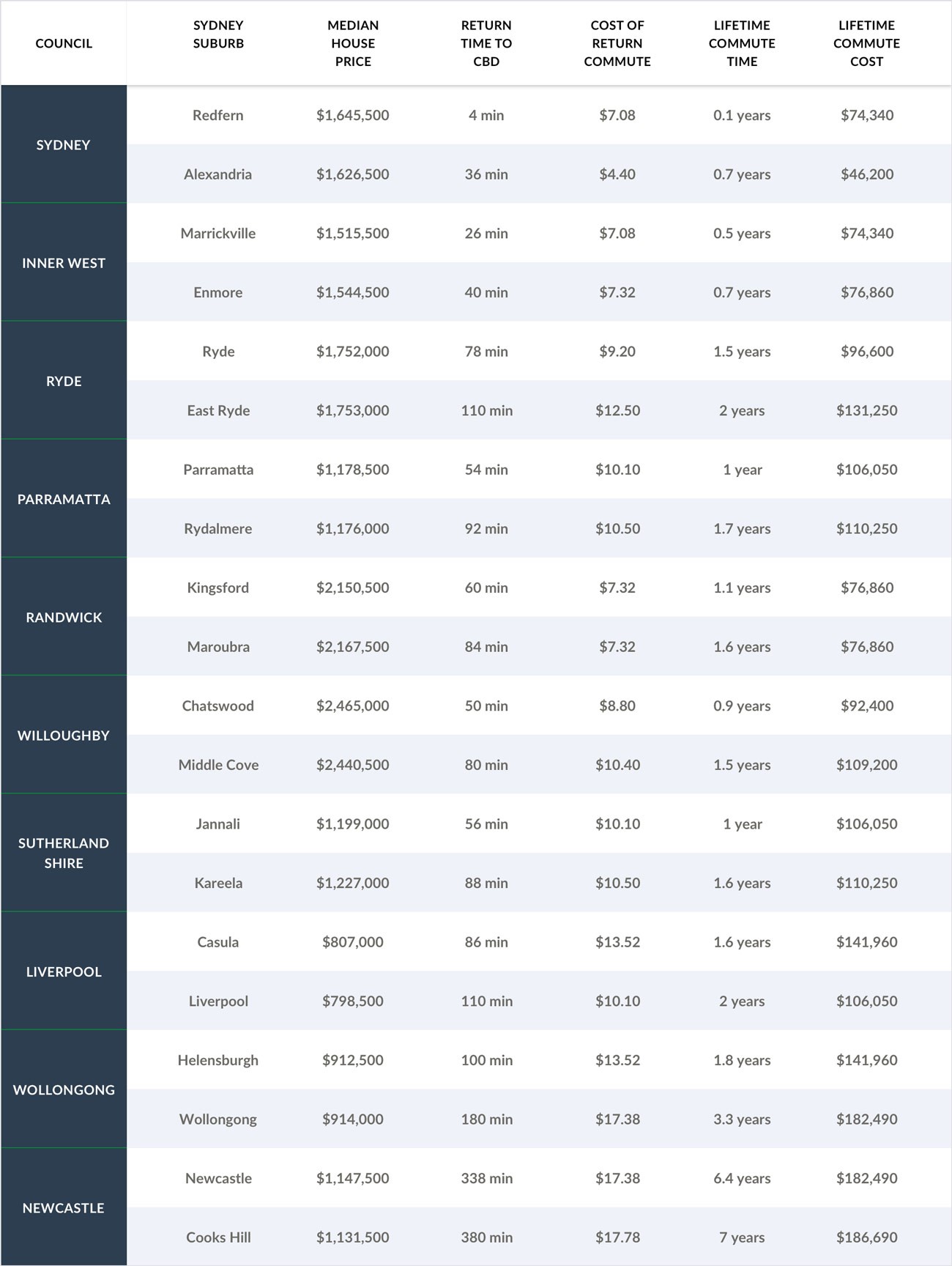 If you’re looking to buy a property, commuting should definitely be something to take into consideration.

Whether you’re hoping to cut down on your commute or you’re hoping to make your property more appealing to prospective buyers, it’s definitely important to find a place that has a convenient route to the Sydney CBD.

Surprisingly, suburbs that are barely a stone’s throw away from each other can have completely different commute times and costs.

For instance, the Inner West suburbs, Marrickville and Enmore, are barely a 5 minute drive apart.

However, the commute to the Sydney CBD from Marrickville with public transport only takes 26 minutes whereas it would take 40 minutes from Enmore.

Plus, the travel costs for Marrickville residents is slightly cheaper than for Enmore residents, $7.08 compared to $7.32.

Though a 14 minute and $0.24 difference every day might not seem like much, it can definitely add up in the long run.

Over a lifetime, you would be saving two and a half months of your life and over $2,500. 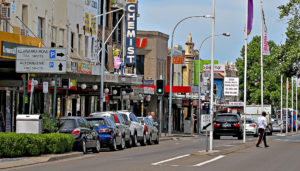 You wouldn’t be sacrificing lifestyle either with both suburbs being home to trendy restaurants, bustling nightlife and a range of theatres.

You’ll see many situations like this, such as with Wollongong and Helensburgh where moving half an hour away could save you 80 minutes and $3.86 a day.

This works out to be a whopping 1.5 years and over $40,000 saved after a lifetime of commuting.

However, you of course still need to consider other factors such as capital growth and rental yield in each suburb.

There are also many situations where a shorter commute might mean more expensive property and higher travel costs, or vice versa.

It’s up to you to weigh out what’s most important for you and your property.

However, it’s definitely worth your while to look into neighbouring suburbs and their commutes before settling on a certain area.