Where will our property markets be in 3 years?

That’s a question people are asking now that our real estate markets have moved to the next stage of the property cycle – one of slower growth in some areas and falling values in other locations.

Well there’s good news for those interested in the Brisbane property market forecast.

BIS Oxford Economics suggests that while some property markets around Australia will languish, Melbourne’s housing market will experience a soft landing with further price falls in the short term, then Melbourne real estate will turn around.

BIS suggests the current slowdown is due to tighter lending criteria, particularly a crackdown on interest-only loans, and record levels of dwelling construction being completed (above 200,000 per year), which may lead to an oversupply in some states.

Record population growth continues to fuel demand for housing, maintaining an overall undersupply in the market, the report stated.

“While new dwelling completions are forecast to continue to rise through 2018, as the large pipeline of apartment buildings under construction work their way to completion, supply will be largely met by population growth,” the BIS report’s author Mr Angie Zigomanis said.

Even though the Melbourne property market it is taking a breather after 5 years of exceptional growth, there is no sign of a collapse in sight.

While Melbourne’s property prices are likely to fall by around 3% this year, they will be underpinned by a robust economy, jobs growth (around 72,000 jobs were created last year), Australia’s strongest population growth and the influx of 35% of all overseas migrants.

While the national population grew by 1.6% in the year ended 30 June 2017, the highest growth was in Victoria, with a 2.3% increase in population and experts have predicted it is likely to surpass Sydney as the largest city of Australia by as early as 2031. 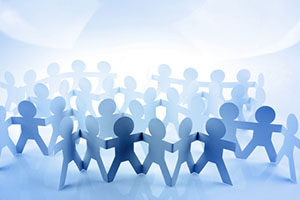 Melbourne now rates as one of the 10 fastest growing large cities in the developed world, with its population likely to increase by around 10% in the next 4 years.

Similarly, some regional centres including Geelong have performed well, but moving forward it is likely that the more affluent middle rings suburbs which are going through gentrification are likely to exhibit the best property price growth.

As Melbourne residents trade their backyards for balconies and courtyards, villa units with renovation potential and townhouses in Melbourne’s middle ring suburbs will make excellent investments

HOW TO STAY AHEAD IN THE CURRENT MARKET

As signs point to softer growth conditions for Australian property over the coming months, independent professional advice and careful consideration will be as important as ever in navigating Australia’s varied market conditions.

If you’re looking for independent advice about how to take advantage of the opportunities the Melbourne property market will present, no one can help you quite like the independent property investment strategists at Metropole.

Remember the multi award winning team of property investment strategists at Metropole have no properties to sell, so their advice is unbiased.