You can also check out the local reports for Brisbane and Melbourne.

The October result was only slightly positive, up by 0.1% over the month, with house values driving the gains, rising half a pervent.

Meanwhile, unit values continued to fall, down half a percent.

Through the COVID period downturn, Sydney home values from a peak-to-trough perspective were down just -2.9%, but values are still 5% lower than their mid-2017 peak.

This is a stark reminder of the two year downturn Sydney’s housing market experienced prior to mid-2019.

Home sales are up 18% over the rolling quarter and roughly level with the same time a year ago based on the three month trend in settled sales estimates. 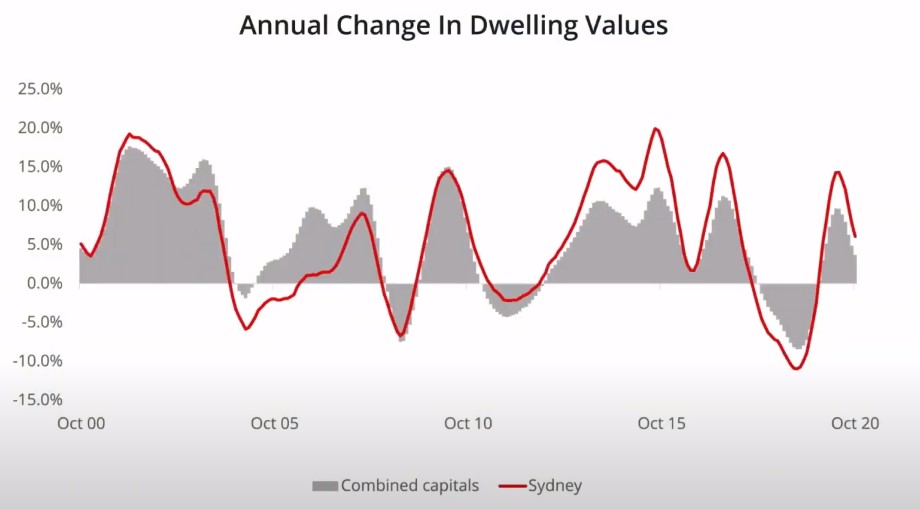